It is only possible to modify user profiles for a website bot. In messenger bot it is set by facebook thus readonly.

To qualify a lead, it is essential that we collect user information that will help us re-engage at a later time. There are built-in user attributes that can be set automatically from input to achieve just that.

For example, we want to collect a user's name before we connect them with an agent. We can automate the process by adding a user input plugin and storing the result in a built-in attribute in the following way: 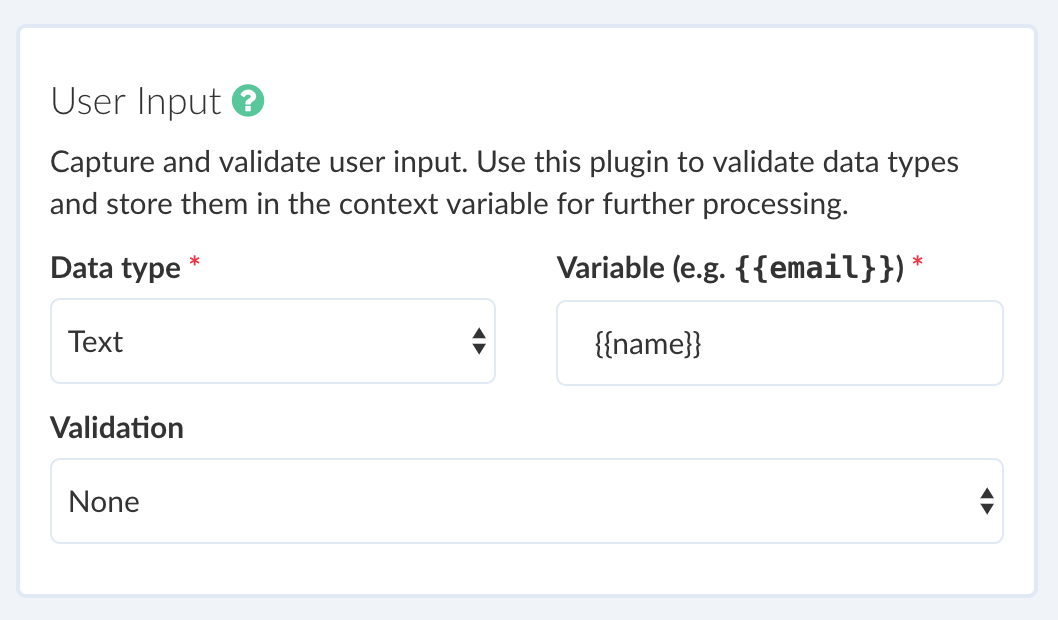 This is then available in the audience section, which can be used to create a segment and re-target at a later time.

Below is a list of built-in user attributes that you can use to collect user information:

In the above example, we have used name which uses an expression based convention and tries to resolve the first_name and last_name automatically.

It also possible to set user attributes using a script block in the following way:

Collecting user information in this way is useful for unauthenticated flow and lets you qualify leads better.

← Sharing your Bot as Template Channels →